As General Ibrahim Badamasi Babangida (IBB) turns 77, his influence on Africa’s biggest nation Nigeria shows no signs of decreasing. As is usual for birthday celebrations among Nigeria’s political class, national newspapers were flooded with congratulatory messages in his honour from men and women across the country. The odds that his phones would have been hit with a deluge of “Happy Birthday” calls are incredibly high and quite a number of people bearing gifts would be desirous of visiting his famed Hilltop mansion not merely to felicitate with him but to just be seen and acknowledged by him. The man IBB is more than a myth and more than a legend, and so many a politician and businessman looking to get ahead craves the privilege to be able to say they have met IBB one-on-one. It can be the ticket to a gubernatorial ticket or the deciding factor of favour in a business deal. If political power and influence in Nigeria were to be described using metaphors from Greek mythology, IBB’s Hilltop mansion in Minna may very well be Nigeria’s Mount Olympus.

On the occasion of his 77th birthday, the gap-toothed General received the Chairman of the Peoples Democratic Party, Uche Secondus at his home and they had a closed-door parley that lasted for hours. It was the PDP Chairman’s second visit to IBB in a short space of weeks and it could possibly be an indication that the PDP will indeed wrest political power from the All Progressives Congress in 2019. Practically every notable presidential aspirant in the party has visited IBB perhaps not just to receive a blessing but also to benefit from his renowned wisdom, strategy and trove of political goodwill. Senate President Bukola Saraki has visited IBB recently. So has immediate past Caretaker Committee Chairman of the PDP, Senator Ahmed Makarfi. Add former Sokoto State Governor, Attahiru Bafarawa and Sule Lamido to the list. Arguably the leading contender for the seat President Muhammadu Buhari’s presently occupies, former Vice President Atiku Abubakar has also visited IBB in view of 2019.

IBB needs little or no introduction to Nigerians, except maybe to the post-Millennial generation. Way before present-day music sensation Niniola made her hit song “Maradona” in which she likened a sly, heart-breaking but undeniably skilled player to Argentine football legend Diego Maradona, millions of Nigerians and indeed people across the world had labelled Ibrahim Babangida as “Maradona”. His mastery of political intrigue, deception and power also earned him the sobriquet “Evil Genius”. As Head of State and military ruler, he broke his promises to hand over power to a civilian administration on many occasions, most infamous of which was his annulment of the June 12 1993 elections believed by many to be the freest and fairest election Nigeria has ever conducted. That he did so to his very close friend, MKO Abiola earned him much ire after he eventually left office, but not for long. Many of the men and women he empowered while presiding over Nigeria, be it in the military or among civilians have remained fiercely loyal to him as they benefited from his positioning and uncanny insight into leadership matters. It is testament to the power he still wields that he is more loved than he is feared, even though he is feared as a man not to be trifled with. Little wonder then that as thousands of politicians look to oust the incumbent President of Nigeria, they look to the colossus that IBB is.

Say what you will of him, history just may be kind to him if he is able to do as a civilian in 2019 what he successfully did in 1985 as a military officer. The untold hardship and economic dire straits that the Buhari administration has plunged Nigeria into has mobilized men and women into a united front to remove him as President. The Minna General may have been slowed down physically by ill health and a leg injury he sustained during the Biafran war but he remains one of the most intelligent minds in Africa. He has suffered the tragedy of losing his wife to ovarian cancer and in many ways, he has tried to atone for his past sins. Indeed it was one of the daughters of his erstwhile friend MKO Abiola who recently revealed that he had privately apologised to their family for annulling the 1993 elections and that they believe he did so to protect his own life. He may have a bad leg but he has a sound mind and an arsenal so formidable that even his detractors cannot write him off at the risk of their peril.

As Governor Abubakar Sani Bello of Niger State said of IBB, “General Babangida’s life has remained a testimony to the power of good leadership and purposeful living. The former military leader has continued to demonstrate great statesmanship and patriotism and has remained resolute on the path of promoting national unity, integration and development.” Described him as a bridge that links all part of the country, this statement by the Niger State PDP Chairman Alhaji Tanko Beji is pregnant with meaning: “the former president should continue to sacrifice his time and offer suggestions to the political class so that the ship of state would not hit the rocks”.

One of the books written by IBB, (a collection of his speeches actually) is titled “For Their Tomorrow, We gave our Today”. We see the fault lines all over the country and if there is an earthquake that removes the incumbent federal government in the 2019 election, it would not be farfetched to trace its origin to wherever General Ibrahim Badamasi Babangida sits. He has described the recent defection of senators from the APC to the PDP as “political dexterity” and “good for democracy”.

Game of Thrones has nothing on the man, the legend Ibrahim Badamasi Babangida. Winter is surely coming. 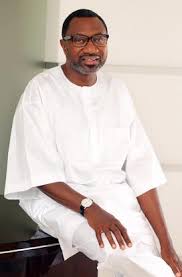 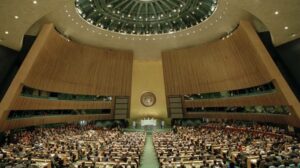