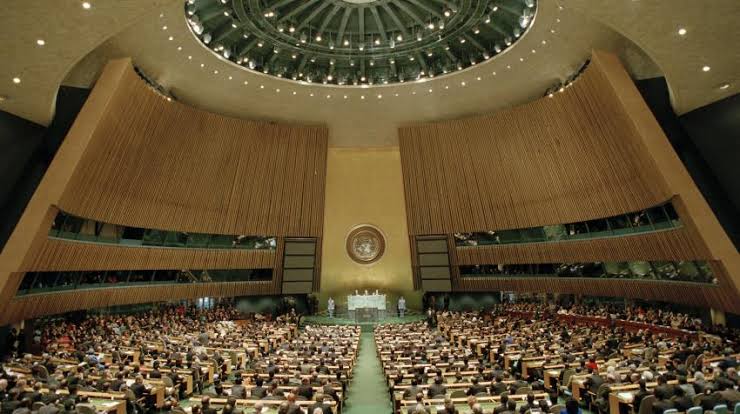 Sometime in 2017, the United Nations through its Economic and Social Council sought for taxation experts from across the world to sit on its committee to proffer solutions to issues on international taxation and cooperation. In August of that year, Antonio Guteress, Secretary General of the United Nations told the world that they had been able to get 25 of the world’s top minds in matters of taxation and the Committee inaugurated for their deliberations was called the United Nations Committee of Experts on International Cooperation. A Nigerian was one of the 25 and was selected from among his selected peers to be the 1st Vice Chairman of the Committee. His name is Babatunde Fowler and he currently heads Nigeria’s Federal Inland Revenue Service (FIRS).

This August, Mr Fowler’s tenure as head of Nigeria’s tax collection agency comes to an end and given the heavy and often dirty politics surrounding top positions such as the one he currently holds, he may not be rewarded with a reappointment to continue the great work he has been doing. Therein lies one of the perennial problems with Nigeria. There are too few good people leading the country and where there are any, they are often victimised and chased away by the fierce, petty and sometimes diabolic jostling for power by Nigeria’s ruling elite. When that happens, they are often recruited by top global organisations and they go on to do very well, leaving Nigeria to continue its steady slide into its predicted, self-inflicted and pretty much assured doom. Dr Oby Ezekwesili and Dr Ngozi Okonjo-Iweala are examples of this but so that the trend is not mistaken as peculiar to women only in a clime where patriarchy is still entrenched, then consider the case of Dr Akinwumi Adesina who currently heads the African Development Bank (ADB).

Dr Akinwumi Adesina had served as Nigeria’s Minister of Agriculture and Rural Development in the Goodluck Jonathan administration and was globally acclaimed for his phenomenal work that helped make Nigeria one of the world’s fastest growing economies at the time. Forbes had named him its Africa Person of the Year and then UN Secretary General, Ban Ki-moon appointed him as one of 17 world leaders to galvanize support for the United Nations Millennium Development Goals. As Goodluck Jonathan’s tenure ended in 2015, it was expected that the incoming presidency of Muhammadu Buhari would at least draw on the strength and wisdom of Akinwumi Adesina, if not officially by retaining him, then unofficially in any capacity. Instead they appointed an old blundering politician as his successor and Nigeria has lost the gains made during Akinwumi Adesina’s time as Minister of Agriculture and Rural Development. Yet Adesina has continued to shine brighter outside Nigeria as head of the AFB and he continues to garner several laurels and numerous accolades across the world. Some people even believe that he is deserving of being elected to serve as Nigeria’s President and they hope that he will forgive the nation for her errant ways and run for high office in the near future. The big question in focus now however is, “Will Nigeria ever learn to ensure that her square pegs are correctly placed and retained in square holes?”

In any progressive country in the world, the stellar display of Babatunde Fowler as head of Nigeria’s premier tax and internal revenue generation agency would be rewarded with another tenure especially if the constitution allows for it. With him at the helm, the FIRS has greatly improved its revenue generation, such that in 2018, the agency collected approximately N5.32 trillion, which also bested its 2017 annual revenue of N4.02 trillion. To put that achievement in its proper context, the Agency had never before earned those figures in its history and the revenue generated with Babatunde Fowler at the helm proved to be profoundly beneficial to the Federal Government as Nigeria went through an economic recession that would have been worse if the FIRS didn’t generate the additional revenue it did to support the Federal Government.

Perhaps the only reason that Babatunde Fowler may not be reappointed as FIRS Chairman is because of his perceived closeness to the National Leader of the All Progressives Congress (APC), Asiwaju Bola Ahmed Tinubu. It is suspected that Bola Tinubu is lining up to contest for the office of the President in 2023. In certain quarters where that is a threat to other political calculations and ambitions, allowing Fowler who they believe has risen by the help of Tinubu to continue as the head of such an important national agency would further empower Tinubu to achieve that goal, if it were indeed true. It is indeed true that it was when Bola Tinubu was Governor of Lagos State that Babatunde Fowler first entered public service but that does not in any way make Fowler beholden to his former boss. It is undeniable that his phenomenal work increased the state’s Internally Generated Revenue (IGR) from an average of N3.6 billion per month in January 2006 to a monthly average of N20.5 billion in 2014. That he was able to replicate and surpass that feat at federal level heading the FIRS is enough reason to give him a second tenure. However his perceived ties to Bola Tinubu might see to it that he does not. Already the Asiwaju’s political opponents have come out with their guns blazing and Fowler is being targeted by an unscrupulous smear campaign.

If indeed Babatunde Fowler loses his current job at the FIRS, it would be to Nigeria’s gain if he were to be deployed to the Central Bank of Nigeria, an organisation in need of able leadership and one that he is eminently qualified to run. He would also be a great pick for Minister of Finance. However if he is entirely schemed out and is ultimately taken out by Bola Tinubu’s enemies, perhaps the Jagaban Borgu should position him to become the next Governor of Lagos after Babajide Sanwoolu. Several top global bodies and business organisations are reportedly waiting to snap Fowler up and it would be to Nigeria’s detriment to lose yet another shining star to the darkness that pervades our political spaces. Nigeria must learn to always put its square pegs in square holes. Previous post IBB : A FORTRESS OF POWER BY KEEM ABDUL 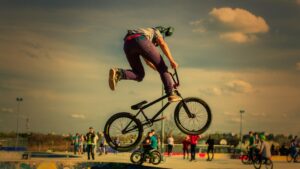 Next post Where We’re Traveling This Summer: Women Who Travel Podcast