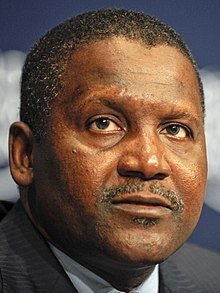 The story is told of how the crew of a Japanese fishing trawler spent several weeks in prison after being rescued from the Sea of Japan. They were found clinging to their boat’s wreckage in the Sea and they had been that way for many hours until Luck smiled on them by way of a ship which was passing by. Soon after their rescue, the Japanese authorities placed them under arrest and began to interrogate the crew of the destroyed trawler in order to ascertain what really happened.

Their story was absurd and impossible to believe. In unison, each of the crew members said a cow fell from the sky into their boat and it left a huge hole in the boat. The damage caused them to take in water and led to the boat sinking. Some of them didn’t even have the time to grab life jackets for themselves and barely managed to stay afloat in the sea until some of their more experienced colleagues were able to help them to relative safety of the boat’s wreckage prior to their rescue. It seemed like a hastily concocted lie that they had agreed to tell in order to conceal what must have really happened. Cows don’t fly. Cows don’t drop from the sky. Sailors at sea have a reputation for drinking alcoholic beverages and telling tall tales. It seemed this was such a case. The men were charged to court and they were all slammed with varying jail terms.

Days turned to weeks and weeks turned to months. Then one day, the Japanese authorities who held the men were contacted by high ranking Russian diplomats on behalf of the Russian Air Force. Apparently, some of their airmen had stolen a cow that wandered into their Siberian airfield and forced it onto their cargo plane before they took off for a flight home. Once airborne, the cow apparently panicked and starting rampaging through the cargo hold, causing the crew also to panic because it was affecting the plane’s stability. They solved the problem by shoving the cow out of the hold while crossing the Sea of Japan at 30,000 feet. The Russians had heard of the plight of the hapless fishermen who had been thrown in jail and pleaded for them to be pardoned.

Shortly after, the men regained their freedom and as you read this, you will likely not be so quick to disbelieve if someone tells you they saw cows falling from the sky.

One of the lessons we can draw from this story is that sometimes you can do good and be law abiding yet out of nowhere, someone else’s actions can dent your image and people will find it hard to believe you because the truth is obscured. Perhaps it was the allure of having much more beef than their daily rations allowed that made those airmen steal the cow and fly away with it. The Japanese men in that fishing trawler were minding their business only for them to be plunged into the cold waters of the sea and later find themselves in jail because of the airmen’s actions. To be fair to the airmen as well, they probably had no idea that the cow they were dropping into the Sea of Japan from the altitude of 30,000 feet above sea level would crash into a boat and destroy it. Whether they knew it or not, that was the consequence of their actions

The story is an urban legend and it is told in variants in different parts of the world. It comes to mind in light of a video that recently emerged on social media in Nigeria. In the video, some Indians who work for a contractor at the Dangote Oil Refinery in Lagos State made certain allegations. They alleged they were being forced to work despite being owed salaries and in spite of the lockdown orders in place in Nigeria and other countries due to the ongoing Coronavirus pandemic. They also requested that the Indian Prime Minister, Narendra Modi, and their Minister of Home Affairs, Amit Shah, take “necessary steps” for their safety.

At the mention of “Dangote” in the video, some people decided to cast aspersions on Aliko Dangote and his thriving group of companies even though the Indians who made the video clearly said they were staff of GTA Power Mech Nigeria Ltd., and not the Dangote Oil Refinery Company. The company they work for was contracted by the Dangote Oil Refinery Company in 2017 for composite work as part of the ongoing construction of its facility in Ibeju Lekki. In a sense, the situation is reminiscent of the fishermen whose boat was hit by a cow that dropped from the sky.

If the story of the Indians in that video is true, it would be sad indeed and their employers must be restrained from treating workers cruelly. However to even suggest that Aliko Dangote and his group of companies are impervious of the dangers of the ravaging scourge of the coronavirus pandemic and for the sake of capitalism endangering human lives, is as untrue as it is unfair.

The Dangote Group was one of the first entities in Nigeria to take proactive safety measures on its facilities against COVID-19. In the earliest days of the pandemic’s appearance in Nigeria, an Indian staff who was suspected of having gotten coronavirus was taken away for testing and after his results proved to be negative, other measures to ward off the virus were implemented in their workspaces. Aliko Dangote himself has been at the forefront of mobilising Nigeria’s private sector to collaborate with the Federal Government of Nigeria against COVID-19. The initiative known as the Coalition Against COVID-19 (CACOVID) is led by Aliko Dangote and is tasked with the responsibility of mobilising the private sector through leadership and resources, creating public awareness, and directing support to private and public healthcare institutions. He donated N2 billion to CACOVID’s relief fund aside from his personal donation of N200 million to aid the Federal Government’s fight against COVID-19.

When Kano State became hard hit by coronavirus, the Aliko Dangote Foundation (ADF), a philanthropic endeavor of Aliko Dangote, also contracted 54Gene, a molecular diagnostics company specialized in research, and diagnostics, to set up a COVID-19 testing laboratory in Kano State. The lab began with a testing capacity of 400 tests a day and by May 10th, has scaled up its testing capacity to 1,000 tests a day.

It would be recalled that the Aliko Dangote foundation also committed N1billion in the fight against the dreaded Ebola Virus Disease (EVD) in Africa, helping to build resilience and strengthen Nigeria’s health system in a manner expected to endure beyond the Ebola crisis period. The foundation’s support during the Ebola crisis ensured the establishment of the National Ebola Emergency Operations Centre (EEOC) in Yaba, Lagos; provision of 12 units of thermal cameras across Nigeria’s International Airports with training for 160 staff/personnel of the Federal Ministry of Health, Port Health Services Department, on the use of the thermal cameras; provision of W.H.O-certified Personal Protective Equipment, PPEs and comprehensive logistics support for the returnee volunteers on Ebola intervention across countries ravaged by Ebola.

Aliko Dangote and his business organisations have always shown that they place a premium on the safety of their staff and workplaces, as well as their timely remuneration. If indeed the allegations made in that video are substantiated as the true facts, then the onus is on the direct employers of those Indians to ensure that the right thing is done. To drag the person and reputation of Aliko Dangote into the fray is patently malicious and distasteful. With that said, may cows not drop from the sky into our boats. 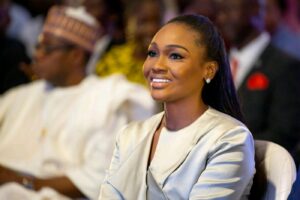 Previous post The Bold, The Bella, The Beautiful By Keem Abdul 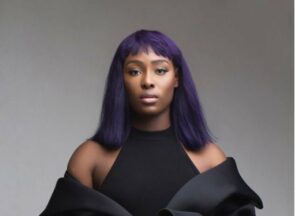