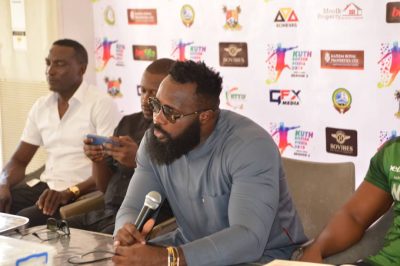 Our season is fast approaching again. The month of November 2019, the KUTH Foundation Annual Football Tournament Season III will kick Nov. 16th -30th, 2019. The theme of this year’s tournament – OVERCOMING VICES IN PRESENT DAY NIGERIA is in line with the Foundation’s vision of using sports to speak out against societal ills.

The tournament, which has warmed its way into the hearts of youths and most other decent, society-friendly citizens, especially residents within Amuwo Odofin, Satelite Town and Festac Town District of Lagos and adjacent areas, is a popular youth engagement activity. Held its draws for the upcoming competition on the 30th of October at Bay Lounge, Admiralty Way, Lekki Lagos.

The Draws which was witnessed by coaches/representatives of the thirty-two participating clubs, some sponsors and other dignitaries in attendance also had the Principal Promoter/Founder of the Foundation, Mr. Gerald Azonobo, the Foundation’s Programs Director Mr. Francis Chilaka and the Assistant Project Coordinator Mr. Adewale Aderoju on ground to welcome all invited guests 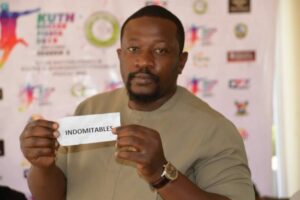 In his welcome address, Mr. Gerald Azonobo went down memory lane to educate the participating teams of the vision and drive behind the tournament; he said “our society is at the verge of total collapse due to the unhindered influence of societal vices amongst the youths, who have sacrificed education and hard work on the altar of mediocrity.” He went further to say that “it’s a duty on all of us to lend our voices and resources towards curbing and eradicating these society ills while working assiduously to build a society free from Prostitution, Rape, Drug addiction, Examination Malpractices, etc. He told the gathering of steps the foundation has taken in the educational sector “Not long ago, we bought GCE forms for thirty (30) indigent students and have promised to sponsor anyone of them that comes out with flying colours and gains admission into any of the government owned tertiary institutions of higher learning.”

He also informed all the participating teams of the appetizing prizes that are up for grabs in this third season of the tourney. He said “On the cards are first prize for the winning team, going for N2M; another N1M for the silver-winning team, and N.5M for the third-placed winner, he concluded by saying that “the youth of this country have a special place in my heart, I will do all I can to eradicate drug abuse, sexual immorality and other vices that pull them down.”

Other speakers at the draw ceremony included: 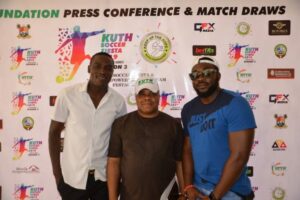 Representative of the Referees who shall be on hand to officiate during the matches, Prince Durosinmi Yusuf took time out to educate the teams on the new rules as pertains to football officiating as introduced by the world governing body, FIFA he concluded by saying that “The Referees and the footballers are all partners in progress, please do not believe that any match official will favour any team, that is not the spirit of the game.”

The consultants to the Foundation on the tournament represented by Mr. Marshal Mbre spoke on the rules of engagement with respect to the draws, he said “since this is not the first season of the tournament, we have decided to pitch the seeded against the unseeded in the draws, the whole idea is to ensure that there is transparency and accountability in the discharge of our duties.” He also took time out to spell out the rules governing the tournament as spelt out by the organizers, KUTH Foundation.

The Representative of Bet9ja Mr. Emeka Mba in his speech said “I am very pleased with the effort that has gone into the planning of this tournament, we are proud to be associated with KUTH Foundation and wish all the teams success.”

The Representative of Achievers Entertainment Mr. Paul Cole said “We are partnering with KUTH Foundation on this tournament because we believe in the youths of this nation. Its time to help those who have lost their way, to find it back.”

The Assistant Project Coordinator Mr. Adewale Adoroju appreciated all the teams that were present at the Draws Ceremony despite the heavy downpour and traffic he said “You have all shown by your presence that this year’s tournament will be a huge success and that you all believe in what KUTH Foundation stands for.”

In his closing remarks, the foundation’s Program Director Mr. Chilaka further explains “KUTH Foundation is an honest not-for-profit, non-racial, gender-universal, non-governmental organization with a passion to create change in the lives of youths and others challenged by the vicissitudes of life.” “KUTH Foundation desires to create cutting-edge solutions to societal vices among youths,”

Francis adds. “At KUTH Foundation, we know full well that youths like entertainment and decent ecstasy – the reason why we came up with the Annual Football Project for them. The Foundation shall explore soccer, music, talent-hunt, motivational talks, et cetera, as tools to reach out to youths wherever they may be found within our reach,” reason this year’s theme: “Overcoming vices in present-day Nigeria”.

The organizers strongly believe that the tournament along with its accompanying components shall also be an avenue through which to discover talents in not just soccer, but other areas of individual achievement, including music, comedy and various arts gifts. 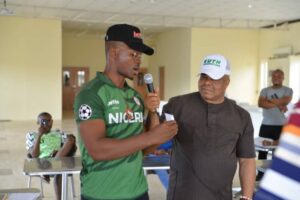 KUTH Foundation has a wide array of help-lines for the needy: prison inmates, hospitalized indigents, widows, deserving students at all levels that need assistance, etc. Mr. Chilaka says that much more information on the foundation is available at www.kuth-ng.org.

Other personalities present at the event are:

Mr. Osuji Cassious – consultant to KUTH Foundation on the program 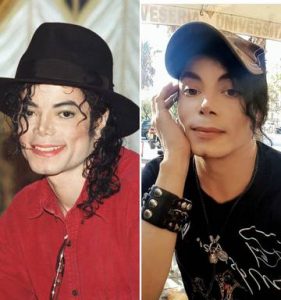 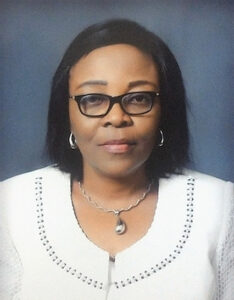