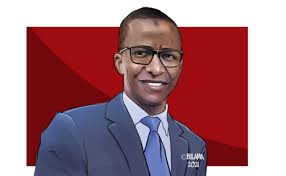 Before the appointment of Abdulrasheed Bawa as the Economic and Financial Crimes Commission (EFCC) chairman, observers were expectant as to who would take the baton from the previous EFCC chairman, Mohammed Umar Abba.  The expectation was high. EFCC had faced some challenges and was in need of highly competent hands to take it to its desired place; a place where economic and financial crimes are thoroughly investigated and offenders are brought to book.

When President Muhammed Buhari announced the nomination of Abdulrasheed Bawa to the Senate, the public received the news with mixed feelings. Leaders and citizens alike doubted the competence of the newly nominated Chairman. Not to mention, he was not a member of the police force. It was the custom of the President to nominate a member of the Nigerian Police Force to lead the institution.

Amidst doubts and excitement, Bawa was sworn in as the Chairman of the Economic Financial Crimes Commission (EFCC). And immediately, he got to work, sharing some of the plans he had for the commission.

The first thing on Bawa’s plan was to improve Media Relations between the government and the people. As he explained, if the government will achieve accountability and transparency with its citizens, the best thing to do is to give the press exclusive Intel on all its activities. The Nigerian government has a responsibility to enlighten its citizens on its activities, and with the emergence of Bawa as the EFCC chairman, this would be possible. Nigerians can expect a transparent relationship between the press and the EFCC.

Another critical challenge that Bawa outlined for his tenure to tackle is the low involvement of youth in positions of leadership. Most leadership positions are occupied by people who fall between the age categories of 60 to 70, with the President being 78-year-old. This shows the glaring gap in the involvement of youth in governance. Therefore, Bawa seeks to close that gap. His agenda is to incorporate more of the youthful population into governance. He has affirmed his plans to employ more young people who would move EFCC forward. In his interview with the senate, he said, I am going to give the young people a very good representation in the governance of this county so that more young people will be given more responsibilities in the country.

Prior to his appointment, Bawa was the head of the EFCC investigations of Diezani Allison Madueke’s fraud case from 2015 till date, and his team was able to recover millions of dollars’ worth of property in the UK, US, and UAE, including more than eighty of such assets in Nigeria. He also singled-handedly supervised the investigations of the Atlantic Energy group from 2014-2015 which led to the recovery of assets in Switzerland, the US, the UK and Nigeria. Bawa has participated in various periodic raids carried out by the commission on suspected cybercafés used to perpetuate economic and financial crimes.

As it is, there is a difference between fighting corruption and fighting corrupt individuals, and if the EFCC understands this difference, it would become a lot more proactive in its fight against corruption. The new EFCC chairman seems to understand this. He has declared his intention to bring a paradigm shift to his fight against corruption. He has also promised to digitalize all of EFCC’s processes and to create a full-fledged directorate of intelligence. Similarly, Bawa promised to join hands with strategic partners of the EFCC across the country to recover the country’s stolen resources.

Another salient issue that Bawa’s administration has to tackle is the welfare of Nigerian citizens, which is not disconnected from his office. Currently, the National Association of Resident Doctors (NARD) is threatening to embark on a strike action as a result of the failure of the government to keep with the Memorandum of Action signed with the Resident doctors. The purpose of the Industrial action is to demand the settlement of salary arrears, review of hazard allowance to 50% and payment of death insurance for all health workers who died from COVID19 while on duty. Likewise, another association threatening to embark on a strike action is the Academic Staff Union of Universities as a result of the federal government’s inability to pay the salaries owed to the staff.

Observant to these trends, Bawa has promised to minimize such occurrences during his tenure as the Chairman of the commission. He pledged to prioritize the welfare of his staffs and ask the government for support when it is necessary. We know the problems and God willing, we are going to solve them, he guaranteed.

While it is not yet known the extent of Abdulraheed Bawa’s impact on the Economic and Financial Crimes Commission, it is glaring that the agenda he has set would ensure that the institution achieve better results.

The Nigerian government must ensure that the country becomes a place void of corruption; the best way to achieve that is to ensure that a leader who will stop at nothing to eradicate corruption leads the institution. EFCC needs a sheriff who will maximize his talents and skills in yanking out corruption in Nigerian society, a leader of Abdulrasheed Bawa’s quality. 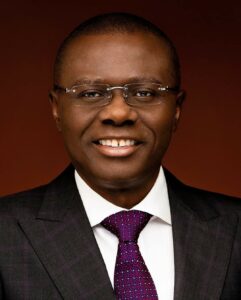 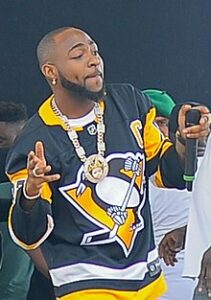