It is often the nature of the cowardly to slander the brave and to undermine the achievements of the great in the hope that it will remove the spotlight from their own inadequacies. For many years, cowards have speculated that one of the foremost political figures in Nigeria, Asiwaju Bola Ahmed Tinubu will someday become the President of the Federal Republic of Nigeria, and threatened by that possibility, have made it their life’s goal to stop him. They have migraines all day worrying about the man and go to bed only to dream of the possibility, awake in cold sweat and condemning themselves to a repeat 24-hour cycle. They have lived like this for months and years even. When they go to diviners asking about the possibility of Bola Tinubu becoming President of Nigeria, the responses they get only perpetuates their anguish.

Even in the run-up to the 2015 presidential election that brought in Nigeria’s current President, Muhammadu Buhari, not a few people believed that the Daura General should have selected Bola Tinubu as his running mate. Some of Tinubu’s traducers then in the National Assembly – who have now being evicted and practically retired from national politics – cried against the possibility of Muhammadu Buhari picking Tinubu as his Vice President. They hid their fear and hatred for Bola Tinubu by pretending to be nationalistic, saying it would not be fair to have two Muslims as President and Vice President in a nation such as Nigeria where religious considerations such as that could fracture the peace of the country. It is unknown if Asiwaju ever expressed a desire to be running mate to President Buhari but knowing him, he would most likely have sacrificed a personal ambition, valid and legitimate nonetheless, on the altar of national unity.

When it became clear that President Buhari would present himself for consideration to the Nigerian people in 2019 for a second term in office, the anti Tinubu crowd went to work again. This time, their sights were set on 2023. As soon as President Buhari was returned as President in May 2019, they began to scheme towards decimating any semblance of a structure that would allow the Jagaban Borgu to run for office in 2023. They went after men deemed to be his protégées, allies and loyalists. One of them, a serving Governor whose garrulous utterances have set his state ablaze while he nonchalantly pursues a rumored shot at the presidency in 2023, came to Lagos and aimed verbal missiles at Bola Tinubu. Those missiles proved to be as powerful as deflated balloons and only served to show the statesmanship and tact that the Lion of Bourdillon is known for. Unfazed, Asiwaju Bola Ahmed Tinubu has consistently and continuously held his peace despite attacks on him and his men, choosing instead to focus on national unity.

Recently, Adams Oshiomhole, erstwhile national chairman of the All Progressives Congress (APC) was removed from that role. The glee and gusto with which the anti-Tinubu crowd celebrated that and interpreted it to be the death knell for Bola Tinubu’s 2023 presidential ambition is both typical of court jesters and the irreparably deluded. Their new initiates, unschooled in the strategy of politics and governance published verbal obituaries of the Tinubu 2023 dream online and offline. It was sickening as well as sad to tie Adams Oshiomhole’s mistakes to Bola Tinubu’s waist and attempt to parade the man as a conquered enemy.

Sometimes silence is not the best answer for fools and in classic Asiwaju style, he responded thus:

“To those who have been actively bleating how the President’s actions and the NEC meeting have ended my purported 2023 ambitions, I seek your pity. I am but a mere mortal who does not enjoy the length of foresight or political wisdom you profess to have. Already, you have assigned colourful epitaphs to the 2023 death of an alleged political ambition that is not yet even born. At this extenuating moment with COVID-19, I have made no decision regarding 2023 for the concerns of this hour are momentous enough. Those who seek to cast themselves as political Nostradamus’ are free to so engage their energies. I trust the discerning public will give the views of such eager seers the scant weight such divinations warrant. Personally, I find greater merit trying to help in the present by offering policy ideas, both privately and publicly, where I think they might help. I will continue in this same mode for the immediate future. 2023 will answer its own questions in due time.”

Clearly, the anti-Tinubu crowd has retreated into their shells, cowering in terror as the man’s words ring and echo in the corridors of power and in the minds of reasonable men. They will likely come out again in the near future to continue where they stopped but their efforts will as always, end in failure. The man is not constitutionally barred from contesting for the highest office in the land. Indeed as a prominent Nigerian said some hours ago, it is time for the nation to consider putting competence and ability to rightly govern over ethnic, religious and other considerations. If that really happened, not many men would be more qualified than Asiwaju Bola Ahmed Tinubu to lead Nigeria as President in 2023. Perhaps then, the migraines that those opposed to his emergence at that level will have will need a new name for their problems other than migraines. 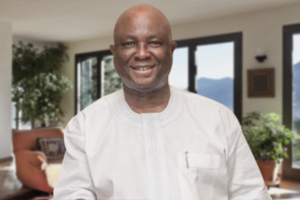 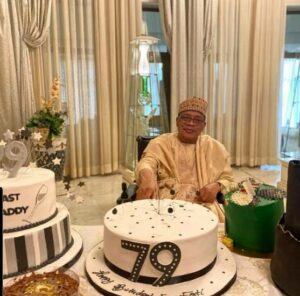