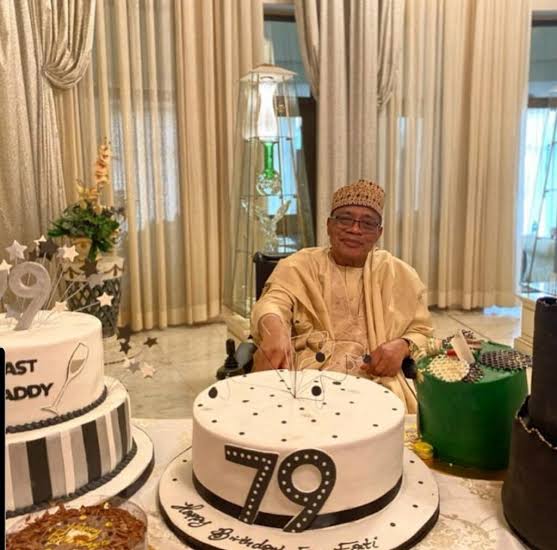 One of the most impactful leaders that Africa has seen in modern times was born on the 17th of August in the year 1941. Little Ibrahim was born to Mohammed and Aisha Babangida and has since made a name for himself such that he is widely known by his initials, IBB. For the 79 years he has lived, by the positioning of Providence, he has impacted and continues to impact the most populous black nation in the world, Nigeria. Perhaps because his ascendancy occurred during the years that the military ruled Nigeria and much of that era featured brutal acts against the citizenry, it is easy to paint everyone who emerged from the military to lead Nigeria with the same brush. However hard they try though, as C.P Scott wrote in an essay in 1921, to comment with one’s opinion is free but the “facts are sacred”.

Many men can say with their mouths that they believe in the unity of Nigeria and would be willing to lay down their lives for the country. Not many however can boast of surviving being shot right in the chest while fighting in the Nigerian Civil War and having bullet shrapnel lodged in their chest till this day. It happened to the man while commanding the 44 Infantry Battalion of the Nigerian Army deep into Biafran territory during the civil war. IBB doesn’t even boast of those things but his acts of gallantry and leadership both in war time and in peace time are the stuff of legend. The esteem he commands within the military years after his retirement from active service is virtually the same among the civilian populace. With top notch human management skills and outstanding intelligence, he emerged from inauspicious beginnings to become one of the most iconic figures in Nigeria’s political history. In assessing him though, it would do well to draw from the wisdom in the great General Erwin Rommel’s statement that “one must not judge everyone in the world by his qualities as a soldier: otherwise we should have no civilization”.

While the man, like all humans, has flaws and made mistakes as we all do, when Nigeria’s infrastructural development during the years IBB was Head of State is measured, you would be hard pressed to find anyone who surpassed him in that area. Today, Lagos State is arguably the most populated city in Nigeria, if not the whole of West Africa and traffic congestion has become a nightmare in daytime for residents and visitors to Lagos. When IBB was President, Nigeria’s capital was still in Lagos and he foresaw the future of the city and the challenges that bedevil it today. Not only did he revive the vision of one of his predecessors by moving Nigeria’s capital to Abuja, in 1990 he built the Third Mainland Bridge, also known as the Ibrahim Babangida Boulevard to ease the difficulty in commuting from the Lagos Mainland to the Lagos Island. That was even at a time that Lagos State wasn’t as densely populated as it is today. It was the longest bridge in Africa at the time and historic in many ways. Even though the population of Lagos has practically doubled since then and traffic jams a monster that lives and breathes in the State, a Fourth Mainland Bridge has been mooted but it remains a mirage and Lagosians still have IBB to thank for the Third Mainland Bridge they ply today.

The Third Mainland Bridge is not the only legacy project creditable to IBB. It was he who saw to it that in all 30 states that Nigeria had at the time, a Federal Secretariat Complex was built in each one. Who did these? Abuja-Kaduna-Kano dual carriage way, Phase 1 & II of Federal Secretariat Complex in Abuja, 6 Military Barracks in Abuja, International Conference Centre (ICC), ECOWAS Secretariat, Aso-Rock Presidential Villa, the expansion of Nnamdi Azikiwe International Airport Phase I & II, the construction of NNPC Towers in Abuja, Defence Guest House, Radio House, Defence Headquarters, NNPC, CBN and FCDA Staff quarters, National Women Development Centre (NWDC), Ministerial Quarters (Ministers’ Hill), and official residential quarters in Maitama, Asokoro, Wuse, Garki? It was IBB.

IBB’s impact was felt internationally too. His foreign policy approach was key in forcing the hand of the apartheid governing system in South Africa towards the eventual release of the long-incarcerated Nelson Mandela. Nigeria supported the anti-apartheid struggle in many strategic ways and led the African resistance to the oppression of the black people in South Africa. His government mobilized for and hosted the Abuja Treaty from which the African Union was birthed. He strengthened ECOWAS and ensured Nigeria was a critical contributor of men and resources towards peacekeeping operations on the African continent, especially the ECOMOG intervention that helped quell the Liberian Civil War. Despite leading a military regime, his diplomacy and tact ensured that Nigeria enjoyed cordial relationships with the United States of America and the United Kingdom. In fact, he was awarded the Knight Grand Cross of the Bath (KGCB), the fourth-most senior of the British Orders of Chivalry by Queen Elizabeth. Equatorial Guinea also honoured IBB with her highest national honour: the Grand Collar of the Order of the Independence.

He may have gotten it wrong with June 12 but no one can successfully lie to themselves and say the man didn’t get many other things right. Today, one of the many complaints of Nigerians about the current Federal Government is that its appointments to head critical institutions has been skewered in favour of a small section of Northern Nigeria. That was clearly not the case with IBB at the helm. His appointments into ruling organs of the government was broader in ethnic, cultural, religious and geo-political considerations. Key appointments of security and non-military staff were similarly more representative of the country’s diversity. Military officers served as state Military Administrators or Governors in States they were not indigenes of and were encouraged to involve their wives (as First Ladies) in bridging the gap between government and the governed. Intellectuals were appointed to head important institutions and Nigeria enjoyed relative peace domestically. His administration gave the Local Government Areas (LGAs) full executive powers; their share of revenue from the federation account was increased from 10% to 20% and paid directly to their treasuries bypassing the State governments. The reform also removed all other forms of control on LGs by State governments including power to appoint. This is not the case today but history will remember these things that IBB did to make Nigeria better.

As he celebrates his 79th birthday and continues to act as an elder statesman, it is important to put these facts before those who have forgotten and a generation that did not even know. May The Almighty grant him many more years of life, sound health and inner peace. 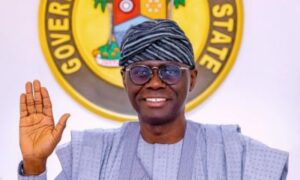 Next post The Governor who Listens By Keem Abdul