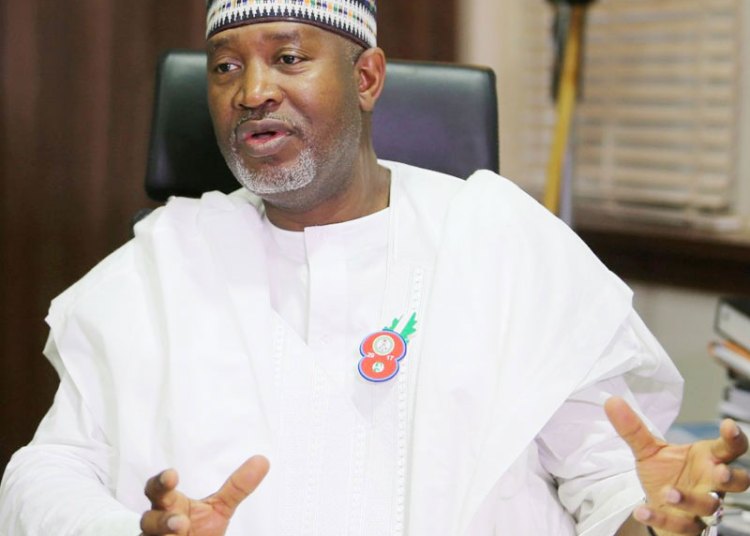 Before going into politics, Hadi Sirika worked and gained experience as a pilot. His venture into politics began in 2003 when he was elected into the Federal House of Representatives. He left office in 2007, but in 2011 under the flag of the Congress for Progressive Change CPC, he was elected as the representative of Katsina North in the Nigerian Senate.

During his tenure in the Nigerian Senate, he was the Vice-Chairman of the Millenium Development Goals (MDGs) committee set up by the Senate.

In the early months of 2015, Sirika became a member of All Progressives Congress (APC). In the same year, he announced that President Muhammadu Buhari had been convinced to run for the presidency in the 2015 general elections under the flag of the All Progressives Peoples party (APC). In the same year, after Muhammadu Buhari became the president of the Federal Republic of Nigeria, Hadi Sirika was appointed as the Minister of Aviation, he was reappointed again in 2019 when President Muhammadu Buhari won his second term bid.

As a former pilot and former member of the Senate committee on aviation, Hadi Sirikas appointment and reappointment as the Minister of Aviation cannot be questioned. He is an opinionated man who is not ashamed to raise his voice on issues primarily affecting the aviation sector. One of the outstanding issues he has spoken about is owning private planes through illegal means.

Speaking in an exclusive interview on Leadership Weekend with Ruth Choji and Soni Daniel, he talked extensively on how to move the aviation sector forward, emphasising how credible, reliable and responsive leadership can help rebuild the aviation industry in a positive light.

In 2020, the Chairman and CEO of Air Peace, Allen Onyema, commended Hadi Sirika for his positive contribution to the development of the aviation sector, especially on the Federal Governments decision on the issue of reciprocity in granting airline permissions to resume operation in Nigeria. In his letter, Mr Allen Oyema stated that Senator Hadi Sirika is causing a positive revolution in the aviation industry. And that Hadi Sirika has by his action brought a lot of respect to Nigeria and its citizens. Nigerians all over the world can walk tall and proud because of it. He stated further that, Sirikas actions will bring about the end to the stigmatization of Nigeria and Nigerians. One of Hadi Sirikas notable achievements was the swift action of getting stranded Nigerians out of China in partnership with Air Peace in 2020.

Sirika recently announced that Nigeria Air is expected to take off in April 2022. He made the announcement in Abuja while briefing State House Correspondents at the close of the Federal Executive Council (FEC) meeting.

Hadi Sirika presented two memoranda at the FEC meeting. The first one was for the approval for the award of contract for the provision of Automated Civil Aviation Regulatory Equipment, including software support and training located in Nnamdi Azikwe International Airport. While the latter was for approval of the outline business case for the establishment of the national business carrier, it was the sixth time the memoranda appeared before the council before it was finally approved. The National carrier would only be five per cent owned by the Federal Government, while Forty-six per cent would be owned by Nigerian Entrepreneurs.

While many Nigerians are happy with this announcement about a National Carrier, some have expressed their displeasure and have likened Nigerian Air to Virgin Airways. They insist a national carrier is not what Nigeria needs at the moment.

In an online article written by Rufai Oseni and published in ThisDayLive, the writer stated that:

“If Mr Sirika truly loves Nigeria, he should get investors in partnership with the federal government to invest in aircraft building factories in Nigeria. This, I believe, would create empowerment for the citizenry.

Even with concerns raised by some Nigerians, without doubt, if Nigeria Air takes off successfully, it would be added to the list of incredible achievements by Senator Hadi Sirika.

Speaking of the achievements of Sirika in the aviation industry; during his tenure as the Minister for Aviation, there have been construction and commissioning of new terminals in different airports across the country, payments of gratuities and pension for retired aviation workers of the defunct national carrier that had otherwise gone unpaid for many years. There has also been the acquisition of navigation aids.

The phenomenal and major achievement of Hadi Sirikas tenure as the minister for Aviation is the sustenance of safety. Since he began his tenure, there had not been any record of accidents by commercial airlines and this has restored the faith and confidence of Nigerians in the aviation sector, although it would not have been possible to achieve this without the regulatory function of the Nigerian Civil Authority (NCCA). However, it is without doubt that Nigerians have enjoyed travelling by air during Hadi Sirikas tenure. And that is a tremendous feat.

The Aviation Ministry in the past few years under the leadership of Hadi Sirika has recorded applaudable achievements. Which includes but is not limited to growing and sustaining the aviation sector, the rescue of Arik Air and Aero Contractors from bankruptcy and total collapse, which could have led to a lot of Nigerians losing their jobs. Both airline companies are still functioning today under Receivership and a lot of professionals in the company are able to keep their jobs. During his tenure, Hadi Sirika has also brought back zero import duties on aircraft, engines, and introduction of this for spare parts as well.

Even though it sounds as if he is blowing his own trumpet, Senator Hadi Sirika is not afraid to speak of his achievements as an aviation minister. He is a long-standing ally of President Muhammadu Buhari. He has never hidden the fact, but that does not undermine his appointments twice as the Minister for Aviation. His educational background, experience over the years as a pilot, and achievements during his tenure as the Minister of Aviation have proven time and time again that he is worthy of his position. While it remains to be seen how well a new national carrier under the name Nigerian Air would play out both economically and socially for the citizens of Nigeria, it can still be regarded as an active and well-intended move by the minister. 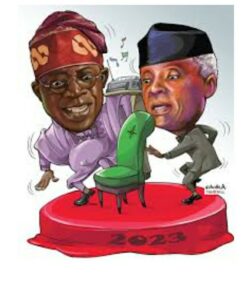 Previous post TINUBU OR OSINBAJO (2023); WHO IS THE ONE? BY KEEM ABDUL

Next post MIKE ADENUGA – THE BULL; A GOOD MAN BY DEFAULT