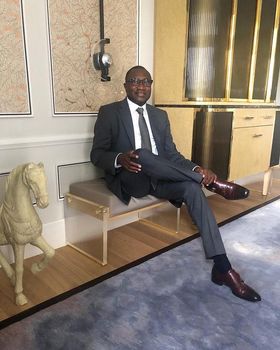 Femi Otedola needs little or no introduction in Nigeria and indeed the rest of Africa. The billionaire business mogul, philanthropist and devoted Dad to some of the continent’s most recognizable celebrities is respected by millions, loved by thousands and even feared by a few. That fear is not without merit as the man is one of the very few men who have taken on Nigeria’s corrupt political class and emerged both unscathed and unblemished. It is no news that the now disgraced Farouk Lawan, a high ranking member of Nigeria’s Federal House of Representatives had tried to bully Femi Otedola into giving him a fat bribe in 2012. In perhaps a first of its kind operation, the billionaire businessman tipped off the Nigerian security agencies and in tandem with them, pulled off a sting operation in which Farouk Lawan was caught cap full of dollars, red-handed and shamefaced. The wheels of Nigeria’s legal system, notorious for turning slowly have eventually dispensed justice and this past June, Farouk Lawan was jailed for his crimes. Well, that and for the monumental mistake of underestimating Femi Otedola.

Femi Otedola is a man whose rise to the upper echelons of Nigeria’s super wealthy has seen him overcome adversity on several occasions. He has fought off lions, tigers and bears and evidently seems to be divinely backed by God. He has lost billions of dollars before and was on the brink of losing everything. He has had close friends desert him and erstwhile associates betray him. He somehow extricated himself from depression and suicidal thoughts and bounced back into the billionaires club where in the words of Shawn Carter, they play real life monopoly with real cash. Such a man is not a pushover and is not the kind any wise person should fight, let alone harbor hatred for. Clearly, not many are as wise as they are wealthy.

Recently, as news emerged that Femi Otedola had quietly become the largest shareholder in FBN Holdings having acquired 5.07 percent equity stake in the bank, what ordinarily ought to have elicited a deluge of congratulatory messages instead brought a lot of speculative whispers and murmurs, many of which went along the lines of “Who does he think he is? How did he do this? Is there a way to stop this?”

Apparently, Mr. Otedola’s acquisition had ruffled some powerful feathers among Nigeria’s elite and even the good folks at FBN Holdings were quaking in their boots. In fact, First Bank initially denied that such an acquisition with the potential for a takeover had happened, referring to him in an initial press statement as “a certain individual”. They eventually reversed themselves and admitted that it was indeed true. Prior to that, according to FBN’s 2020 annual report, there was no shareholder with 5% of the shares of FBN’s holdings. The two largest individual shareholders held 1.5% and 1.03% respectively. Surprisingly or unsurprisingly, shortly after, FBN Holdings made another statement to the effect that they had computed Mr. Tunde Hassan-Odukale’s total shares (held directly and indirectly) to be 5.36%, thereby imputing to him the “honour” of being the largest shareholder in FBN Holdings. Many found this to be curious as the “cumulative equity stake” computation by which it was done directly ascribed Leadway Holdings Limited’s shares, in which Tunde Hassan-Odukale only has an indirect interest, as his.

This is raising dust and causing the ongoing boardroom games to look more and more like a bullfight with Femi Otedola as a matador. Will the skilled, poised matador evade the charging bull without getting injured or will the bull and those urging him on get the better of the matador? History shows that the race is not always to the swift, nor the battle to the strong, nor satisfaction to the wise, nor riches to the smart, nor grace to the learned. If indeed Femi Otedola is making a move to takeover FBN Holdings, it would be foolish to count him out too early. There are cases in which the greatest daring is the greatest wisdom and having dared to come this far, it would seem the wise thing to do is to sustain his push stealthily. Unlike many who seek wealth solely for their own enjoyment, Femi Otedola’s large heart and extraordinary philanthropy would make a win for him in this matter translate into a win for the less privileged. 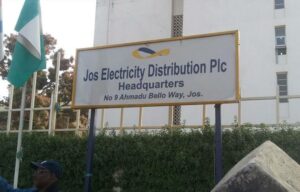 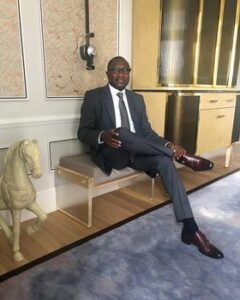