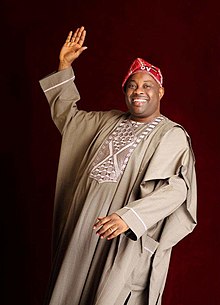 Niccolo Machiavelli once said, “It is not titles that honour men, but men that honour titles.”

One man understood this statement very early in life and worked tenaciously to establish himself worthy of any title. That man, media mogul, Nigerian journalist, businessman, motivational speaker, and publisher of the renowned Ovation Magazine, Bashorun Dele Momodu, aka Bob Dee, stands a testament to this powerful statement.

Through his many ground-breaking media exploits, good deeds, human rights advocacy, and political engagements, he and his delectable wife, Chief Mrs. Mobolaji Abiodun Momodu were on the 2nd of October 2021 installed as the Aare Tayese of Iwoland and Yeye Aare Tayese of Iwoland in Osun state. This meant his already numerous chieftaincy and honours cap gained even more flowery feathers.

The pronouncement was made in a letter dated August 27, 2021, by Oba Abdulrasheed Adewale Akanbi, Telu 1, the paramount ruler and Oluwo of Iwo land. According to the Oba, Bashorun Dele Momodu was the man fit to wear the honours cap. He said “We deem you worthy of the titles of Aare Tayese and Yeye Aare Tayese of Iwoland from a paramount ruler of the ancient crown from medieval times and one of the national crowns in Yorubaland,” Oba Akanbi said he hoped the honour would encourage the Momodu’s to contribute their quota to helping the throne achieve its vision and mission.

In Yoruba dictionary, Aare simply means “President”. It is a unique and historic title that dates back to 700 years ago. The equivalent in Igbo is Ochiaga Gurugburu and in Hausa land, Sarkin Yaki. The title aare was created specifically to defend the old powerful Oyo kingdom from incessant attacks by neighbouring empires and states.

The king also highlighted Bashorun Momodu’s immense contributions to the promotion of Yoruba culture and tradition, good governance in Nigeria, and journalism in Africa and beyond.

Although there were speculations about proposing an initial date for the installation ceremony, the ceremony was finally held on the 2nd of October 2021 at the Oluwo’s palace, Iwo, Osun state. In attendance were dignitaries who came in their numbers to the palace in honour of the media entrepreneur.

Amongst the A-listers that honoured the high-octane ceremony were the Oluwo of Iwo, Prince Damola Aderemi, Dr Rueben Abati, Prince Bisi Olatilo, Chief Mike Ozekhome, SAN, who all spoke impressively about Aare Momodu and why he merits the title.

At the event, guests were thrilled to the unique sound of Afro juju by Sir Shina Peters and Lanre Teriba. It left a great impression on the guests as they danced and swayed in unison to the music. This selection of musicians only confirmed Bashorun Dele’s love for and taste in music; classy, young, and futuristic.

In other news, congratulatory messages and felicitations poured in from all sectors. Not because he had been conferred the title of Aare Tayese but also because he had been named an Associate fellow of the Nigerian Institute of International Affairs.

This honorary appointment encompasses numerous benefits. One, the bearer will be entitled to international connections with the NIIA and will use the title “Associate Fellow” of the NIIA.

The fellowship, in a statement, highlighted Bashorun Momodu’s numerous achievements as a journalist, politician, and social commentator and how it has had a great impact on dialogue and governance in the country.

To elucidate on the reason he is deserving of the chieftaincy title, all one needs to do is look back over his life’s journey to see a pattern of tenacity, vigour, and outspokenness.

Ayobamidele Abayomi Ajani Momodu was born on the 6th of May 1960 the last child of his parents. He is an indigene of Ile-Ife, Osun State, Nigeria.

The young Dele spent his early years in his home town of Ile-Ife where he attended primary and secondary schools. He also bagged a bachelor’s degree in Yoruba and a master’s degree in English literature in 1988. He is a Ph.D. holder, Doctor of humane letters from the University of Professional Studies, Accra in 2016.

Bashorun Dele Momodu has achieved quite a lot in his life’s journey. It wouldn’t be such an easy task outlining all his achievements, so a summary will do perfect justice.

As we speak, Ovation Magazine is the most sought-after and celebrated magazine in Africa with Chief Dele Momodu as the Chief Executive Officer.

In 1993, Bashorun Dele joined the campaign train of late chief MKO Abiola to protest the annulment of the June 12 election in which Abiola emerged the winner. Because he was at the forefront of the protest, he was arrested by the late Sani Abacha government, mistreated, tortured, and detained. Fortunately, he was able to escape, after which he fled Nigeria and went into exile in neighbouring countries like Ghana and Togo before transiting to the UK and USA.

Dele has over the years proven to be one the most successful journalist and publishers on the continent. He is currently worth over $40 million, both in assets and cash. He will be greatly remembered for his contribution to the restoration of democracy and blessing our magazine stands with quality content. 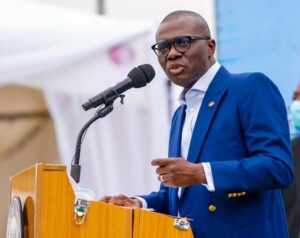 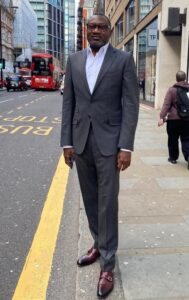 Next post Remembering Femi Otedola at 59 By Keem Abdul