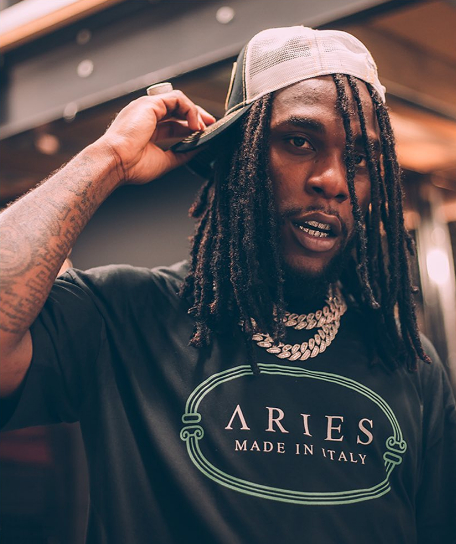 Nigeria might be the “Giant of Africa”, but only one man has laid claim to the title of the African giant and he is no doubt one. Damini Ebunoluwa Ogulu, professionally known as Burna Boy, is one of the few African artists that have taken Afro-beats beyond borders and across the continent. He is a trailblazer and from what we have seen, he is only just starting.

Burna Boy was born on the 2nd of July, 1991 is a Nigerian artiste. We can say that music has always been his calling as his late grandfather Benson Idonjie, once managed the legend, Fela Anikulapo Kuti; his biggest musical influence. He also draws his music from King Sunny Ade (KSA) and Bob Marley. Unlike most African parents who go ballistic at the mention of their child’s interest in music; his mother, Bose Ogulu, works as his manager. He is an alumna of Corona Secondary School and relocated to London afterward. There, he studied Media Technology at the University of Sussex.

In 2013, He made his debut in the Nigerian music industry with the studio album, L.I.F.E. The album propelled him to the limelight and featured some hit songs like “Run My Race” and “Yawa Dey”. The album also featured guest artists like M.I and 2baba who at the time, wouldn’t have imagined how huge a star Burna Boy would become. After he split from his record label, Aristrokrat records in 2014, he founded Spaceship Entertainment in February 2015. He releases his second album and debut EP under the label. At this point, he had created a name for himself and had quite the fame.

However, after his debut EP in 2017, he went off the grid and no one heard about him. If we hadn’t known him for his unique sound and musical abilities before his brief hiatus, we would have thought he was not the Burna Boy we knew. He came back to the scene with a different look and style. His third album, Outside, garnered critical acclaim and featured English artists like Lily Allen. His hit song “Ye” was the lead song on the album. We can say this album gave him the bragging rights of the “African Giant” title. The album was featured in most Nigerian publications as the biggest album of 2018. Burna Boy performed at a sold-out concert at the o2 Academy in Brixton, London the same year the album was released. This was only the beginning for the African Giant.

The following year, he was featured on the soundtrack album of the star-studded live-action movie, Lion King and was the only guest artist with their track (Ja ara e) on the entire album. The album, Lion King: The Gift went on to be nominated as the Best Pop Vocal Album at the 62nd Annual Grammy Awards. He also became the first Afrobeat artist to sell out the then Wembley Arena, now known as SSE Arena. He said his fourth studio album, African Giant, is his most personal project in an interview with Billboard Magazine. His second-highest charting album was nominated under the World Music Album category in the 62nd Grammy Awards. He lost to Angelique Kidjo.

He was also among the artists that performed in the One World: Together at Home special; the historic virtual concert that celebrated healthcare workers and other health professionals on the frontlines and the World Health organization for leading the fight against the COVID-19 pandemic.

The best was yet to come as his highest-charting album to date, Twice as Tall, finally won him a Grammy Award at the 63rd Annual Grammy Awards in the same category he was nominated for the previous year. He also has a third consecutive nomination in the 64th Annual Grammy Awards; one he is sharing with Angelique Kidjo for their collaboration under the Best Global Music Performance category for their song, Do Yourself. Whilst this might be the most prestigious award he has received, it is only one of the many awards the African Giant has received; locally and internationally.

Burna Boy is the first African artist to win the Best International Act Award three times, consecutively at the BET Awards in 2019, 2020 and now in 2021. He also won the Best International Act at the MOBO Awards even though other international superstars like Drake, Roddy Rich, and Megan Thee Stallion were nominated in the same category as himself. He is so popular across the globe that his song, Destiny was included in President Joe Biden’s inauguration playlist. He is no doubt the African giant and has proven to the world that Afrobeat and African music should be taken seriously. This is not to give him all the credit but he has certainly contributed to the growth of African music.

Like most celebrities, he is not without controversies. Years back, there were rumours of his alleged criminal involvement in a gang-related crime in the UK. It was said that Burna Boy had been deported and banned from the UK, and he could not return until after some time. He decried the allegations, claiming he left the UK on his own volition and returned to London in 2016 for a concert. He has an outspoken personality and is always quick to say his piece on things he believes in. This attribute has made people call him “arrogant” and “rude”. He had a feud with South African rapper, AKA over some anti-Nigerian tweets the latter made. In 2019, he was involved in a fight with fellow Nigerian superstar, David Adeleke, popularly known as Davido in a nightclub in Accra, Ghana. He puts his outspoken nature to good use in his songs, which are usually centred on social issues like corruption and injustice. You can describe him as a modern freedom fighter.

Although he is the African Giant, he is human like the rest of us, and being an international celebrity doesn’t make him perfect. He has broken records, made history and continues to do so with support from his mother and millions of his fans across the world. He has managed to crossover to the international music scene while preserving his African heritage. Many have likened him to Fela and with the pace at which he is going, he will most likely surpass his role model in popularity and accolades.

Burna boy has created a path for other upcoming African artists to walk. He is living evidence that anything can be achieved and the greatest heights can be attained with hard work and dedication. He is the African Giant of the music and entertainment industry and he is an alarm clock to the world; waking us all to the relevance and beauty of Afrobeat. 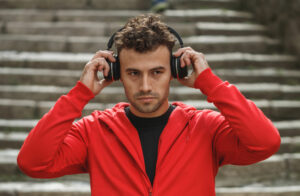